” Imagine the world figuring out that making themselves happy, is by helping others”

The Twilight Team Run, an event which has seen Capetonians come out in their thousands, is celebrating 30 years of bringing communities together for a good cause. read more

Masuku, who wowed the Eskom Expo for Young Scientists judges last year with her idea of using marula fruit as an alternative energy source

The LIYSF is a unique event and opportunity for top young science students aged 17 to 21 years old from around the world. Since 1959, LIYSF has welcomed young scientists to come together to learn, exchange views and opinions and share knowledge.

“Right now I feel very proud, honoured and privileged to be part of something so great. I can’t wait to play an even greater part in other scientists’ lives and to help and guide them to discover their talents and exciting career paths in science,” says Masuku. 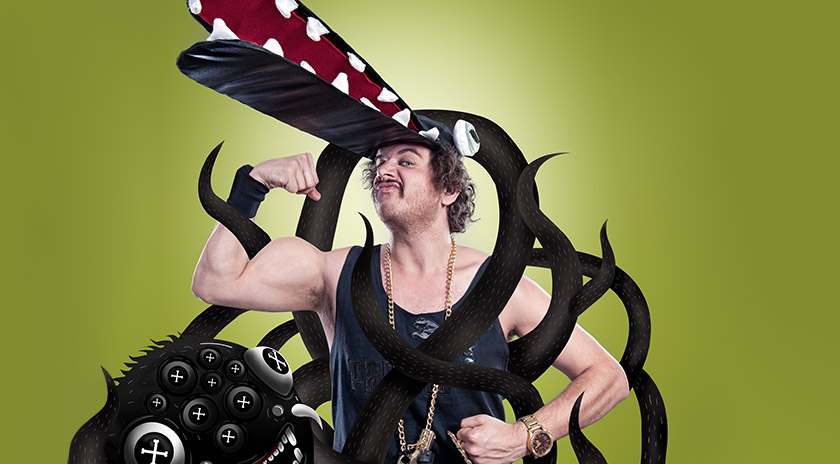 With his cult appeal and furry Mo, Jack Parow has inspired many fans with more than just his alternative vibe. His look has earned him iconic moustache merchant status, and his Mo, like his music, continues to inspire.

Having been touched personally by prostate cancer, Jack Parow will once again lend his support to the annual Movember campaign by taking to the stage at various Movember events. Jack is also leading by example – he has registered as captain of the ParowTroopers team and he is assembling fans to join his team and rally behind him to help change the face of men’s health.

Mo Bros and Mo Sistas are encouraged to join his team here or donate to his Mo Space page. Alternatively, they can get behind their own team – or be a captain themselves! The top 10 highest ranked Mo Space pages under Jack’s team on 4 December will be awarded his new album, Special Edition Eksie Ou, that’s due to be released before Christmas – which includes a Jack Parow board game. Just another reason to bring your Mo to the party!

A Big Up! to Springfields girls. Another example of young people standing up and saying it is Up2us to conquer our  fears and Live!

As a part of their Dignity Campaign, Springfield girls organised a talk for the high school girls about conquering fear.Especially those fears that cause us to make bad decisions for ourselves, such as the fear of being different or the fear of being judged.

Fear powerpoint for background from Shikaya

In 1947 the UN General Assembly adopted a resolution declaring that October 24 “shall be henceforth officially called United Nations Day and shall be devoted to making known to the peoples of the world the aims and achievements of the UN, and to gaining their support for the work of the United Nations”.

South Africa was one of the 51 founding member of the United Nations in 1945. Since its inception in 1945, UN membership has grown to 192 States. The United Nations General Assembly on 12 November 1974 suspended South Africa from participating in its work, due to international opposition to the policy of apartheid. South Africa was re-admitted to the UN in 1994 following its transition into a democracy. Since 1994 the democratically elected government has pursued a foreign policy based on the centrality of the UN in the multilateral system.

South Africa is the epicentre of the poaching battle. A conservation success story, the country is home to 70 to 80 percent of the world’s rhinos.

“Although rhino horn has no medicinal effects on humans, myths and superstitions about rhino horn still persist. In China and Vietnam, rhino horn is unfortunately promoted as a “remedy” for nearly everything, from fever to cancer – and even devil possession. The cultural myths surrounding rhino horn are why rhinos are slaughtered illegally – and why wild rhino populations in Africa and Asia are at risk of extinction.” visit  ‘Save the Rhino’

“Culture does over-flow boundaries of time, race and ethnicity since it is the totality of lived reality.” – Kgalema Motlanthe

In his speech Kgalema Motlanthe said Heritage Day was for the celebration of individual and collective cultural, traditional or ethnic identities. These elements made South Africa unique in its rich diversity. He added that celebrating this heritage, therefore, is part of our efforts of healing the divisions of the past and establishing a society based on democratic values, social justice and fundamental human rights.

“On Saturday 15 September, the UCT Underwater Club organised a collaborative cleaning effort – diving to collect litter from beneath the ocean surface in Simonstown, as part of their CleanDIVER initiative and in celebration of International Coastal Cleanup Day (ICC). All proceeds from the event are being kindly donated to the Save Our Seas Shark Centre in Kalk Bay, to further local marine conservation efforts.”

A Healthy environment is UP2US!

Arbor month’s theme this year is ‘Our Forest – Our Future’

“This year’s theme encompasses issues concerning a healthy environment and its benefits to people’s livelihoods – such as clean air and water, community health, ecosystem health and economic health. The aim is to provide a greener environment for recreational and social activities; add aesthetic value to the urban landscape; and address the effects of global warming in Cape Town”

At the handover of the National Development Plan to the President in Parliament, Minister Manuel echoed the message of UP2US saying that all of us need to make it work.